With dreams of becoming a collegiate baseball player, Phillips had a quick change of plans when he did not receive a scholarship. Feeling that he needed the structure he once had in playing organized sports, Phillips enlisted in the in Army.

In addition to discipline and self-respect, one of the most important tactical skills Phillips learned was the ability to learn itself. Once obtaining a certain level of mastery for any given task, Phillips also gained experience in teaching others, noting this as another invaluable skill learned in the military. Above all else, skills aside, Phillips’ time in the Airborne Infantry instilled in him a deep desire to always do the right thing, which has served him well in all of his life’s work. 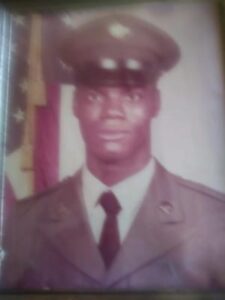 When Phillips left the military as a Sergeant after 21 years, he began his career in construction at a cement company. He has since been involved in a variety of trades such as pipefitting, carpentry and operating, all in his 40 years of construction experience.

Reflecting on his experiences, Phillips said that construction and the military really have many parallels. For both, every day brings a new challenge and opportunity, but most importantly, you need your team to do the job.