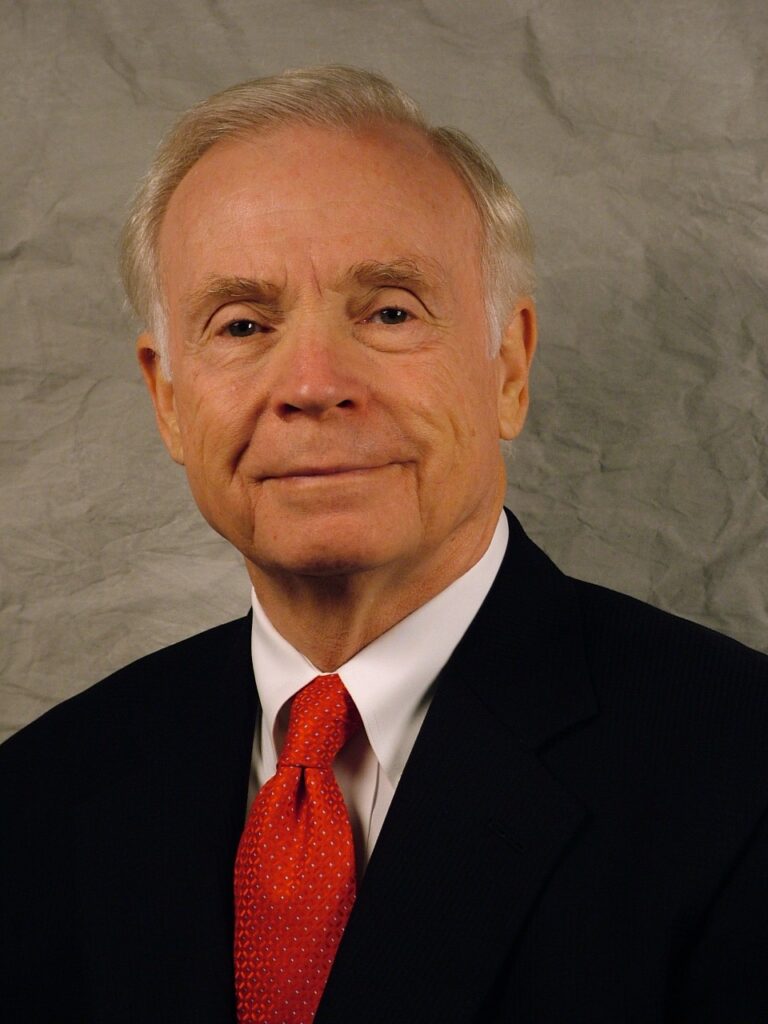 Barry Morton, beloved husband, father, and grandfather, passed away at his home on December 3, 2021, surrounded by family, after making the most of a long and fulfilling life.

Barry was born on April 5, 1938, and spent his childhood in what is now Hoover, Alabama. He graduated from Shades Valley High School in 1956 where he was captain of the Shades Valley Mounties football team and student body president. He worked summers at Robins Engineering as an apprentice carpenter with his brother, Steve, alongside their father, Boyette Edgar “Sunshine” Morton, who worked for Robins as a concrete superintendent.

After high school, Barry studied Building Science at Auburn University and was a member of Pi Kappa Alpha fraternity during his time on The Plains. He graduated in 1960 and joined Robins Engineering full time.

Shortly after beginning his career, his Alabama National Guard unit was activated, where Barry spent a year in Germany during the Berlin Crisis. Upon completion of his service, he returned to Birmingham and Robins Engineering.

In both his professional and personal life, Barry valued sincere relationships. He created an inclusive workplace and valued the many friendships he made in his lifetime.

Barry had a very generous heart. Some of his most recent contributions include: the Morton Family Endowed Lectureship in Vascular Sciences at UAB School of Medicine; facilitating the growth of the equestrian program at Kings Home (recently building a horse barn for their Chelsea facility); and supporting the WellHouse and Greater Birmingham Fellowship of Christian Athletes. Being in the construction business, Barry always needed a project. He built Sunshine Farm (named after his father) and for many years has hosted church groups and other ministries at the Camp at Sunshine Farm with the hope that the campers would grow in their relationship with Jesus Christ.

Most importantly, Barry loved his family. His children were his greatest accomplishment and he enjoyed every opportunity to watch them, and their children, grow up and mature.

Funeral services for Mr. Morton will commence at ten o’clock in the morning on Tuesday, the 7th of December, at St. Luke’s Episcopal Church located at 3736 Montrose Road, Mountain Brook, Alabama 35213. Immediately following the service, friends are cordially invited to the reception at Robins & Morton located at 400 Shades Creek Parkway, Birmingham, Alabama 35209.

Following the reception, interment will be held privately for the family at Elmwood Cemetery in Birmingham, Alabama.

The family has requested contributions in lieu of flowers be made to: Greater Birmingham Fellowship of Christian Athletes, 5184 Caldwell Mill Road, Suite 204-286, Hoover, Alabama, 35244, https://www.fcabirmingham.org.

A special thank you to Katie Cochran and the Affinity Hospice team for their exceptional care and support during the past several weeks. Services are under the direction of Ridout’s Valley Chapel (205-879-3401) in Birmingham, Alabama.