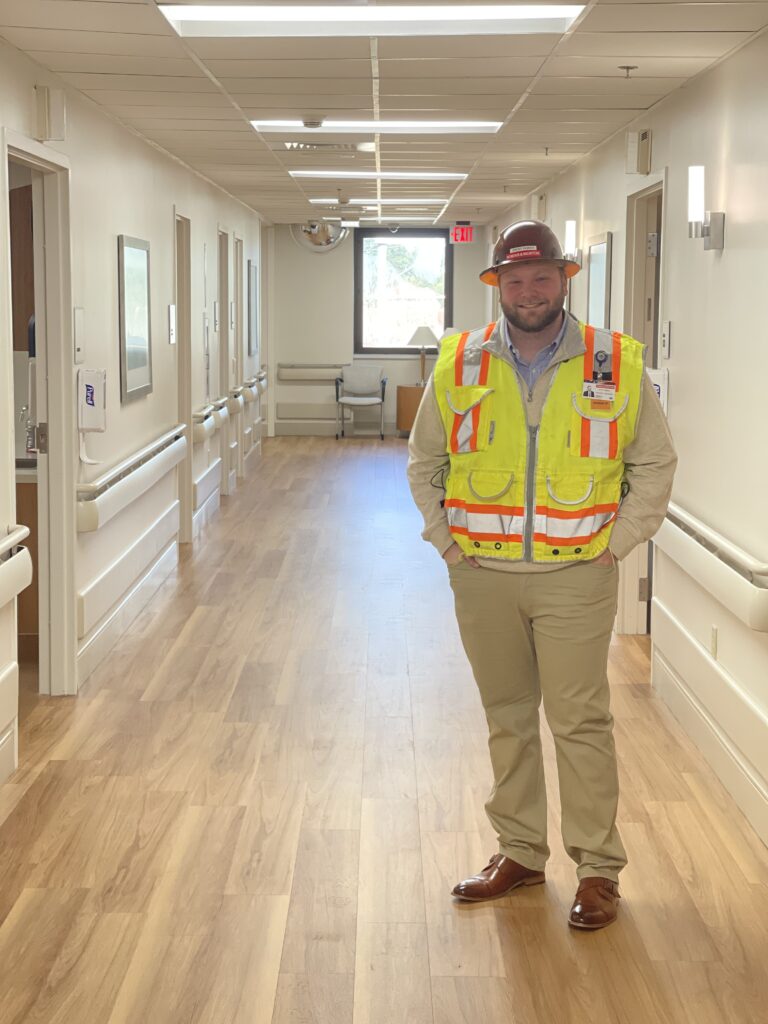 Brent Rigney’s path to a career in construction is proof that where you start doesn’t have to be where you stay, it’s never too late to chase down a dream, and that much can happen in four years’ time.

It was four short years ago that Rigney hit his rock bottom. Living in Kansas City, away from family, he found himself unable to support himself or pay his bills.

“I eventually ended up living in my car,” he said. “I did that for a couple of months before I broke down and called my mom, who lived in DeLand, Florida. I asked her if I could come stay with her, and she yelled at me for not calling her sooner.”

The relocation to Florida shifted the entire path of Rigney’s life.

After he moved to the Sunshine State, he began job hunting, and found an opening with Robins & Morton as a laborer. This wasn’t the first time he had considered a career in construction–as a student in GED classes, many of the career success stories Brent heard were from those working in the construction industry. He even considered construction initially, but life took him elsewhere, until a job offer from Robins & Morton changed everything.

“I really just made the determination that, whatever I did, I’d be the best at it, even with a GED,” he said. “I wanted to prove that people can be successful with one. That drove me to get my foot in the door being a laborer, and to push hard to get promoted fast.”

For Brent, that meant asking questions, taking the time to learn anything and everything, staying up working on projects, looking at drawings, and studying everything he could until 3 a.m. most nights. This grit, drive, and determination led to Brent’s promotion to his current role as a project engineer, where he helps oversee an entire project–everything from managing trades onsite to helping with the financial side of a project.

“It’s a lot [of responsibility], but I enjoy every minute of it,” he said.

Brent, now a resident of Brandon, Florida, and his team just finished building a neonatal intensive care unit (NICU) expansion and renovation, which he can’t look at without feeling immense pride.

“It’s a really awesome feeling to know how many lives have been saved in spaces we’ve built, how many new lives have been given in them,” Rigney said. “Seeing what we build be utilized by the community – there’s no way to explain that feeling.”

Rigney found his calling through construction, but he thinks often about his rock bottom four years ago.

“I always grew up with my mom telling me ‘If you want anything in this world, you have to work extremely hard for it,’” he said. “Sometimes things don’t work out, but there’s a reason for everything. I was trying to make my own way without help, but I knew that something better was out there. Everything happens for a reason.”

Rigney’s rise through the ranks of Robins & Morton boils down to his passion for the work he does. He also credits his wife, Sarie, with being his biggest supporter and selflessly working to help him achieve his goals at Robins & Morton—a company he has come to appreciate for its people, its learning culture, and its values.

“If you don’t show up to work every day striving to [make your way to the top], there’s really no point,” he says. “I am shooting for the top.”