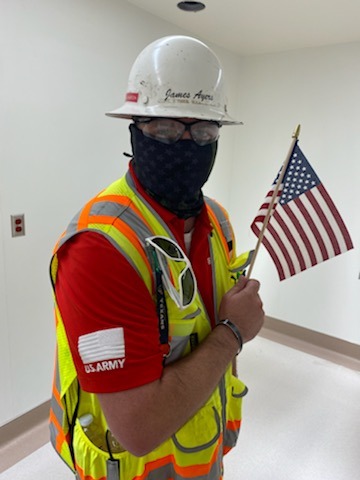 Ayers’ arrival to boot camp was somewhat typical as he originally enlisted in the Army to serve and to further his education, but the way his experience shaped his passion, drive, and grit was anything but conventional.

His time in the Airborne Infantry taught him leadership, painstaking attention to detail, and what it meant to uphold the values instilled in him by his Army instructors and colleagues. After enlisting, Ayers immediately enrolled at the University of Texas, El Paso, graduating just three short years later with a liberal arts degree in Kinesiology, all while maintaining his military responsibilities and working night shifts at a local detention center. Ayers managed all of these things in his professional life, while also raising children with his wife.

During a later 15-month deployment in Afghanistan, Ayers was a part of the independent film documentary Restrepo chronicling the story of his platoon in the Korengal Valley. The valley is often regarded as one of the most dangerous areas in Afghanistan because of its rugged terrain, its location to Pakistan in providing a cross-border sanctuary, and the seeming inability to build sufficient shelter as well as keeping the shelter supplied.

Six years later, Sergeant Ayers returned to civilian life and to the construction industry, as he had once worked as an electrician’s helper. Starting with Robins & Morton, his first position was in skilled labor, and over the course of only three years, he escalated through field assistant, field engineer and now works as an assistant superintendent. Although Ayers was just looking for a job, he found a career that fit his skills and interests more perfectly than he could have imagined. His time in the military also taught him to learn from his superiors and his peers, which, along with his other military skills, has helped him tremendously in picking up the intricacies of managing construction projects.

Today, Ayers lives in Texas, working on a hospital renovation project. Outside of work, Ayers enjoys spending time with his wife and three children, going to the beach and watching sports.