Where Are They Now?

On July 12, Robins & Morton graduated its second class from the Rocky McMichen Field Leadership Program, a 15-month combination classroom and hands-on course focused on career progression for craft level employees who wish to move into a management role. Eight graduates stood before co-workers, families, and friends, and accepted promotions into foreman or assistant superintendent roles – the culmination of long months of hard work, and for many, a much longer story of searching for a meaningful career path. Although the feeling of accomplishment was palpable in those moments, how did their careers – and their lives – change after the celebration was over?

To give you a better sense of the answer to that question, we checked in with a few of last year’s graduates to see what they’re up to. 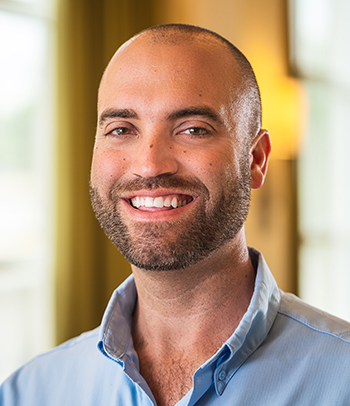 When Erik Walls joined Robins & Morton at the Peyton Anderson Cancer Center in Macon, Georgia, he accepted a nine-month assignment as a carpenter. Now, almost six years later, Walls sometimes can’t believe how that initial job morphed into his long-term career.
While the first step in turning his job into a career may have been accepting that first nine-month assignment, Walls certainly attributes a secondary step to his graduation from the Rocky McMichen Field Leadership Program last July.

Throughout the program, Walls was entrusted with high levels of responsibility on his project – the Beverly Knight Olson Children’s Hospital, Navicent Health, in Macon, Georgia. Under the wing of his mentor and project Superintendent Bart Conner, he was thriving. The timing of this coincided with the launch of the inaugural craft mentorship class, which Walls became a part of, graduated and received a promotion to assistant superintendent. The transition to his new role was seamless because of Conner’s guidance along the way, slowly building Walls’ responsibilities to match what he’d be faced with after graduation.
Moving into the winter months post-graduation, the entire Beverly Knight Olson team was in the home stretch of the project, working deftly to finish by the spring. In February, the team celebrated the grand opening.

Once the children’s hospital was complete, Walls had the opportunity to flex his wings. Navicent Health needed a pedestrian bridge and he was just the person for the job. Walls successfully led the structure, layout, and buildout. Although he completed the project with no issues, Walls attributes his confidence to the networking opportunities provided by the program.

“The program helped me with making connections in the company and having those people to call on when you need help,” Walls said.

After graduating from the program, Walls also had the opportunity to pass along his experience to one of his co-workers. In conversations, he encouraged Luis Torres to apply for the program and helped him with his application. After he was accepted, Walls also talked with Torres about program expectations and post-graduation expectations. Walls remained involved in Torres’ journey until new project assignments took them to new parts of the country, but he still receives updates and was thrilled to hear of Torres’ graduation in July.

A Macon-area native, Walls made his first move from his hometown to Southeast Georgia Health System’s Brunswick campus in Brunswick, Georgia, a few months ago to assist with oversight on a surgical tower and central energy plant.

“Being involved in the program helped to push me,” Walls said. “I want to show my appreciation [to the mentorship program] for the opportunity it gave me and give my best every day.” 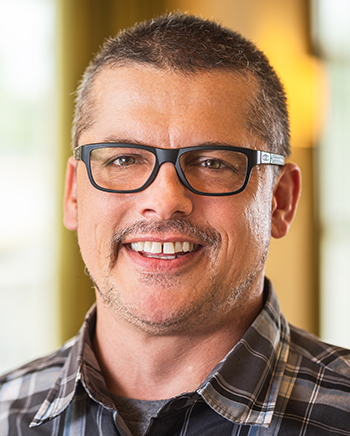 When Barry Maxwell graduated from the program last July, he received his promotion to general foreman and finished the addition at Treasure Valley Hospital in Boise, Idaho, that he began with his mentor, Superintendent Charles Miller. Shortly thereafter, Maxwell was called to Midland, Texas, to assist on the construction of a rehabilitation hospital until placed on his next permanent assignment. That assignment came in the form of the greatest opportunity of his career to date.

After a flight to Alabama and a few meetings, Maxwell found himself with a promotion to assistant superintendent and in charge of a $2 million behavioral health renovation at Regional Medical Center in Anniston, Alabama. Through this project, he’s had the opportunity to lead, gain valuable experience in all areas of project management, and learn the essentials of running a project – from startup to closeout.

Even after four years with Robins & Morton, Maxwell said that the camaraderie evident at the company – even among people that you may not know very well – is what picks him up most in times of uncertainty.

“No one in the company wants to see you fail, and everyone is here to support you,” Maxwell said. “If I don’t know the answer, I can just pick up the phone. If you are succeeding, that means the company is succeeding and we are all succeeding.”

Last month, Maxwell had the opportunity to attend this year’s graduation ceremony, get to know the graduates and speak to them about life after graduation. To him, it was a homecoming of sorts and reflecting upon all that had changed in one year was a moving experience. Even while speaking with the graduates, Maxwell couldn’t help but think about how the program impacted so many areas of his life.

“I’m absolutely overwhelmed by everything that has come to me since graduation,” he said.
Once Maxwell finishes his first solo project in a few weeks, he’ll be on his way to Alamogordo, New Mexico, to begin another healthcare project. 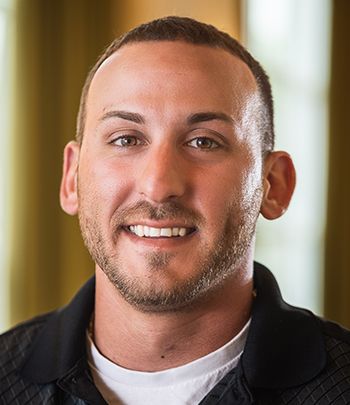 For Joe Celestino, the road from carpenter to general foreman has been an incredible learning experience. Since graduating from the program last year, Celestino has stepped into a position that requires him to manage various areas of his current project at Halifax Health Deltona Hospital in Deltona, Florida – a complete shift from his previous position where a manager provided his daily tasks. Now, as the roles have been reversed, he is responsible for ensuring each craft worker has what they need to perform their daily tasks.
Celestino said that this level of autonomy has had an unparalleled effect on his professional growth, but he’s also benefited from the soft skills he learned while in the program. Things like interpersonal communication, delegation, and learning to engage in healthy conflict became crucial when he stepped into his new role, and he felt that the program did an excellent job of exposing him to those realities.

As an added bonus, Celestino also had the opportunity to work with his former program mentor and Superintendent Ryan Van Dyke, to help mentor trainee Francisco Sanchez. Celestino and Sanchez had an existing relationship, as they worked alongside each other as carpenters prior to Celestino’s promotion. As Sanchez saw Celestino continue to progress in his career, they were able to have conversations about Sanchez applying for the program, also under Van Dyke’s mentorship. Sanchez applied and was accepted for the 2019 class.

Throughout his training, Celestino had the opportunity to guide Sanchez through tasks that he was less familiar with, specifically on the office side related to paperwork as well as project management software and technology. Similarly, Sanchez has worked in construction longer than Celestino, so he was able to teach him a few things along the way. Having a carpentry background in common created a mutual understanding between the pair, allowing them to share comparable perspectives. After 15 months of hard work, Sanchez graduated the program in July.

Today, Celestino is working on Division 10 installation, finishes, and overseeing the construction of the addition’s kitchen.

After being on this journey for more than a year, Celestino said that he was deeply impacted by the faith Robins & Morton placed in him even though he had only been with the company a couple of years prior to beginning the program.

“The company gave me this opportunity and I’m going to continue to learn everything I can,” Celestino said. “Having to think for myself [and problem solve] has helped me to grow a lot.”